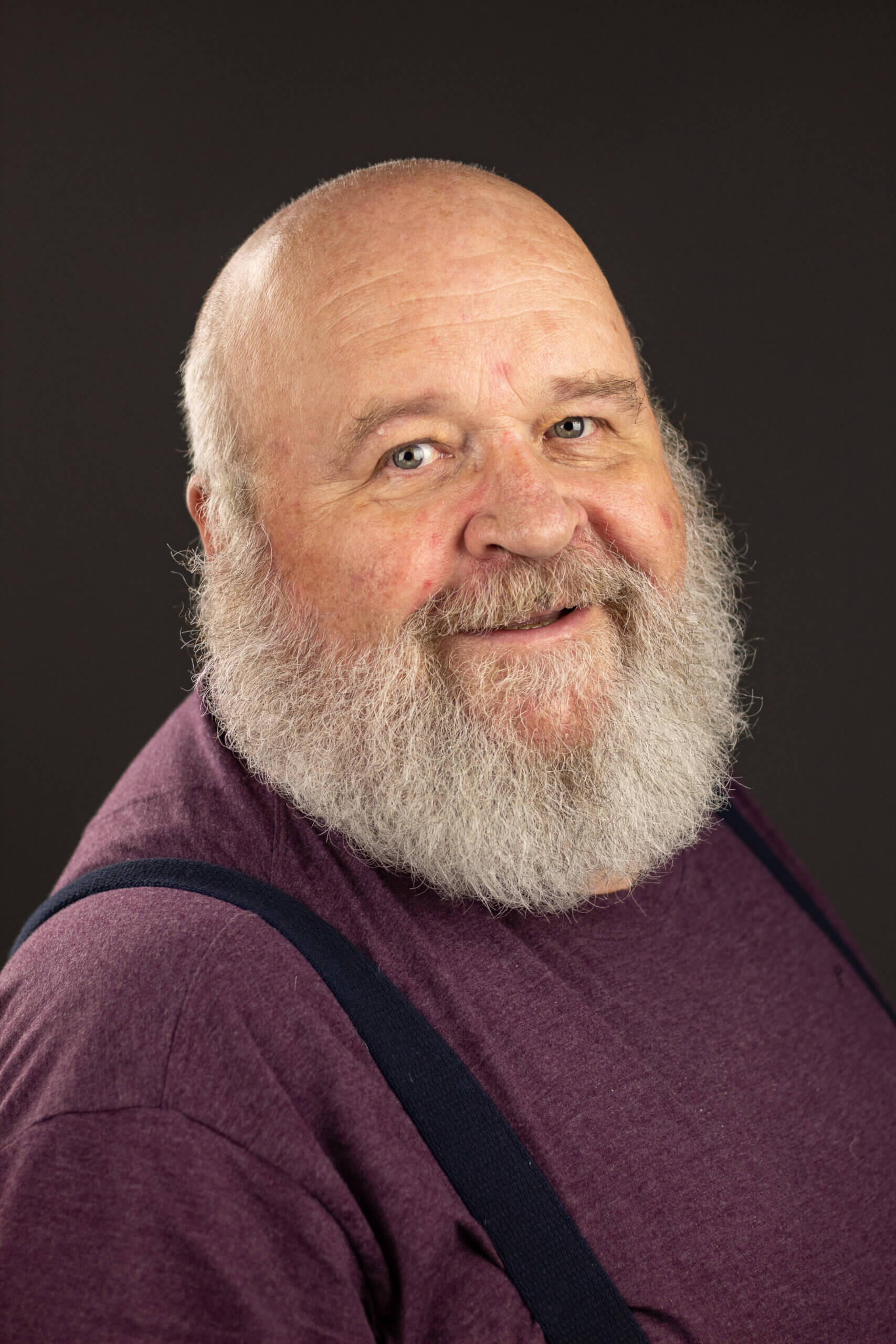 Jim Sands is an East Vancouver based storyteller, actor, songwriter, musician and occasional clown who has performed both as a solo artist and with a variety of musical groups. He has appeared in productions organized by Vancouver Moving Theatre, Community Arts Workshop, Hollywood Kidz, Vancouver Outsider Arts Festival, and in 15 fringe theatre festivals across Canada. Recent Fringe productions which Jim has been involved in as writer and performer include Blue River Blues (2017-18), Dating für Dumb Heads (2015), The Shakuhachi Quest: An Epic Journey into the Soul of Music (2014), Charlie: A Hockey Story (2011-13).